Forthcoming: A model of sonority based on pitch intelligibility

Sonority is a central notion in phonetics and phonology and it is essential for generalizations related to syllabic organization. However, to date there is no clear consensus on the phonetic basis of sonority, neither in perception nor in production. The widely used Sonority Sequencing Principle (SSP) represents the speech signal as a sequence of discrete units, where phonological processes are modeled as symbol manipulating rules that lack a temporal dimension and are devoid of inherent links to perceptual, motoric or cognitive processes. The current work aims to change this by outlining a novel approach for the extraction of continuous entities from acoustic space in order to model dynamic aspects of phonological perception. It is used here to advance a functional understanding of sonority as a universal aspect of prosody that requires pitch-bearing syllables as the building blocks of speech.

This book argues that sonority is best understood as a measurement of pitch intelligibility in perception, which is closely linked to periodic energy in acoustics. It presents a novel principle for sonority-based determinations of well-formedness – the Nucleus Attraction Principle (NAP). Two complementary NAP models independently account for symbolic and continuous representations and they mostly outperform SSP-based models, demonstrated here with experimental perception studies and with a corpus study of Modern Hebrew nouns.

This work also includes a description of ProPer (Prosodic Analysis with Periodic Energy). The ProPer toolbox further exploits the proposal that periodic energy reflects sonority in order to cover major topics in prosodic research, such as prominence, intonation and speech rate. The book is finally concluded with brief discussions on selected topics: (i) the phonotactic division of labor with respect to /s/-stop clusters; (ii) the debate about the universality of sonority; and (iii) the fate of the classic phonetics–phonology dichotomy as it relates to continuity and dynamics in phonology.

Aviad Albert (1976) started his academic career at the age of 30, after spending most of the previous decade making experimental electronic music. He received his BA and MA degrees in linguistics from Tel Aviv University, and he earned his PhD at the University of Cologne (Institute for Linguistics – Phonetics), where he currently still works. Given his focus on the sound systems of languages, Albert tries to fuse insights from general auditory perception and cognition—as well as other psycholinguistic perspectives—with state-of-the-art theories in phonetics and phonology. Albert is using acoustics-based methodology to cover issues in the perception of speech and he is endlessly fascinated by the tension between symbolic (discrete) and dynamic (continuous) descriptions of language. 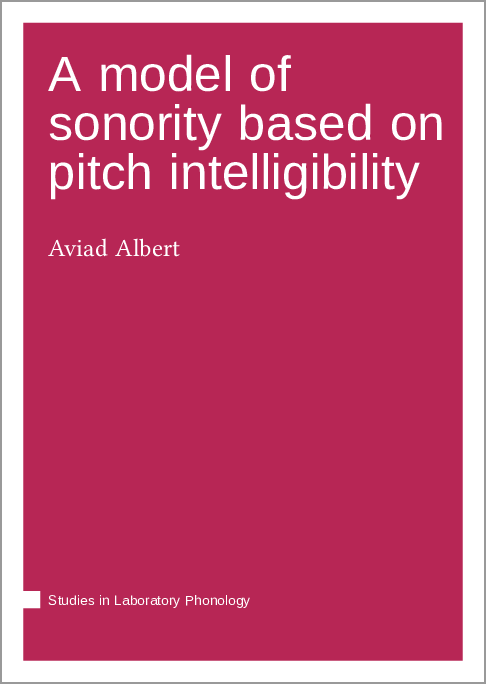