Velar Fronting (VF) is the name for any synchronic or diachronic phonological process shifting the velar place of articulation to the palatal region of the vocal tract. A well-known case of VF in Standard German is the rule specifying that the fricative [x] assimilates to [ç] after front segments. VF also refers to the change from velar sounds like [ɣ k g ŋ] to palatals ([ʝ c ɟ ɲ]). The book provides a thorough investigation of VF in German dialects: Data are drawn from over 300 original sources for varieties that are (or were) spoken in Germany, Austria, Switzerland, and other countries.

VF differs geographically along three parameters: (A) triggers, (B) targets, and (C) outputs. VF triggers (=A) are typically defined according to vowel height: In some systems VF is induced only by high front vowels, in others by high and mid front vowels, and in yet others by high, mid, and low front vowels. Some varieties treat consonants ([r l n]) as triggers, while others do not. VF can be nonassimilatory, in which case the rule applies even in the context of back segments. In many varieties of German, VF targets (=B) consist of the two fricatives [x ɣ], but in other dialects the targets comprise [x] but not [ɣ]. In some places, VF affects not only [x ɣ], but also velar stops and the velar nasal. The output of VF (=C) is typically palatal [ç] (given the input [x]), but in many other places it is the alveolopalatal [ɕ].

A major theme is the way in which VF interacts with synchronic and diachronic changes creating or eliminating structures which can potentially undergo it or trigger it. In many dialects the relationship between velars ([x]) and palatals ([ҫ]) is transparent because velars only occur in the back vowel context and palatals only when adjacent to front sounds. In that type of system, independent processes can either feed VF (by creating additional structures which the latter can undergo), or they can bleed it (by eliminating potential structures to which VF could apply).

In other dialects, VF is opaque. In one opaque system, both velars ([x]) and palatals ([ҫ]) surface in the context of front segments. Thus, in addition to expected front vowel plus palatal sequences ([…iç…]), there are also unexpected ones consisting of front vowel plus velar ([…ix…]). In a second type of opaque system, velars and palatals are found in the context of back segments; hence, expected sequences such as […iç…] occur in addition to unexpected ones like […ɑç…]. 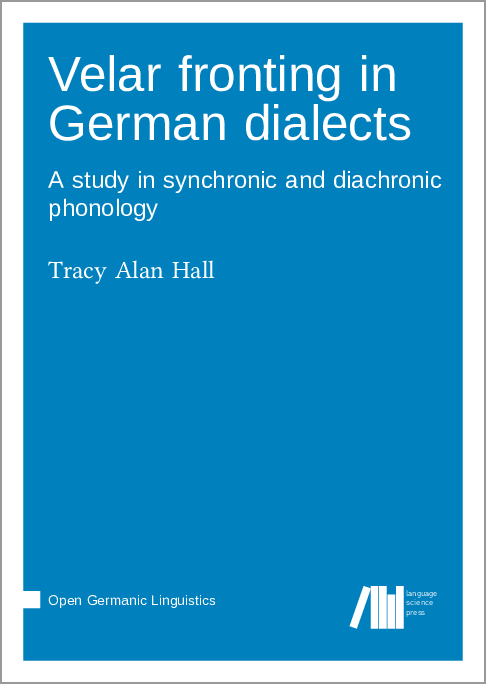