A substantial proportion of what is discoverable about the structure of many Aboriginal languages spoken on the vast Australian continent before their decimation through colonial invasion is contained in nineteenth-century grammars. Many were written by fervent young missionaries who traversed the globe intent on describing the languages spoken by “heathens”, whom they hoped to convert to Christianity. Some of these documents, written before Australian or international academic institutions expressed any interest in Aboriginal languages, are the sole record of some of the hundreds of languages spoken by the first Australians, and many are the most comprehensive. These grammars resulted from prolonged engagement and exchange across a cultural and linguistic divide that is atypical of other early encounters between colonised and colonisers in Australia. Although the Aboriginal contributors to the grammars are frequently unacknowledged and unnamed, their agency is incontrovertible.

This history of the early description of Australian Aboriginal languages traces a developing understanding and ability to describe Australian morphosyntax. Focus on grammatical structures that challenged the classically trained missionary-grammarians – the description of the case systems, ergativity, bound pronouns, and processes of clause subordination – identifies the provenance of analyses, development of descriptive techniques, and paths of intellectual descent. The corpus of early grammatical description written between 1834 and 1910 is identified in Chapter 1. Chapter 2 discusses the philological methodology of retrieving data from these grammars. Chapters 3–10 consider the grammars in an order determined both by chronology and by the region in which the languages were spoken, since colonial borders regulated the development of the three schools of descriptive practice that are found to have developed in the pre-academic era of Australian linguistic description. 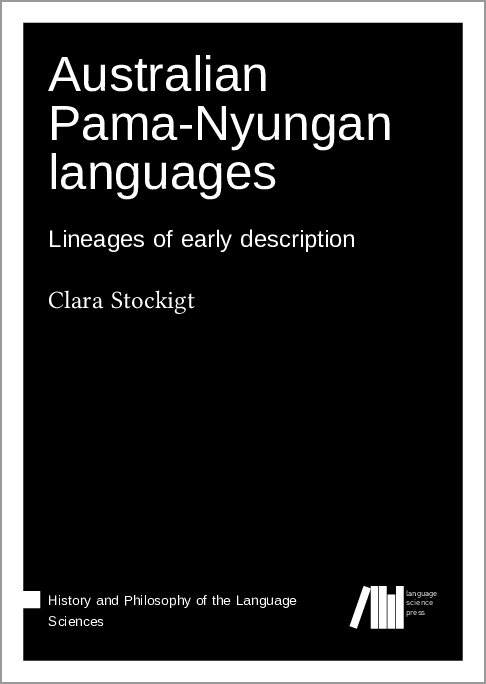 History and Philosophy of the Language Sciences