The Talking Heads experiment: Origins of words and meanings

The Talking Heads Experiment, conducted in the years 1999-2001, was the first large-scale experiment in which open populations of situated embodied agents created for the first time ever a new shared vocabulary by playing language games about real world scenes in front of them. The agents could teleport to different physical sites in the world through the Internet. Sites, in Antwerp, Brussels, Paris, Tokyo, London, Cambridge and several other locations were linked into the network. Humans could interact with the robotic agents either on site or remotely through the Internet and thus influence the evolving ontologies and languages of the artificial agents.

The present book describes in detail the motivation, the cognitive mechanisms used by the agents, the various installations of the Talking Heads, the experimental results that were obtained, and the interaction with humans. It also provides a perspective on what happened in the field after these initial groundbreaking experiments. The book is invaluable reading for anyone interested in the history of agent-based models of language evolution and the future of Artificial Intelligence.

Luc Steels is a pioneer in the use of agent-based models for exploring issues in the origins and evolution of language. He is currently ICREA research professor at the Institut de Biologia Evolutiva (UPF/CSIC) in Barcelona. Steels studied linguistics at the University of Antwerp and computer science (with specialisation in Artificial Intelligence) at MIT. He founded the Artificial Intelligence Laboratory at the Free University of Brussels (VUB) in 1983 and the Sony Computer Science Laboratory in 1996. Both laboratories have been at the forefront of scientific research into language evolution. Steels published several key articles on the computational modeling of language evolution and proposed a theory which maps concepts from evolutionary biology to the cultural level. Steels edited several books, including 'Experiments in Cultural Language Evolution' published by John Benjamins in 2011. 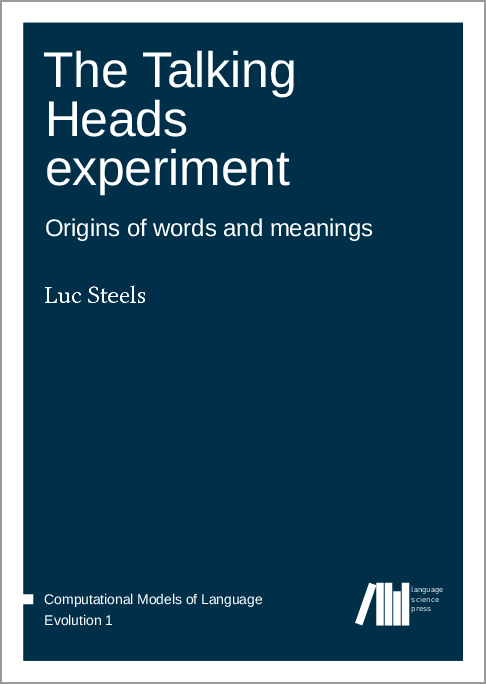