The ability to acquire a language is unique to man: through amniotic fluid, the fetus is imbued with verbal sounds and the rhythm of the mother tongue, which it perceives and already distinguishes from other languages . Communication through speech is of interest to linguists, ENT doctors, speech therapists, language teachers, singers or psychoacousticians. Research in this area has evolved and today it is based on new technologies (brain imaging, computer tools, etc.). Phonetics now concerns all scientists whose area of interest is spoken communication, its nature and how it works. Jacqueline Vaissière briefly presents all the fields of this discipline, with a historical dimension and offers a summary of the research results. This version is an augmented version adapted to English-speaking readers of Que-Sais-Je? La phonétique, published in French, Arabic and Japanese.

Jacqueline Vaissière is currently emeritus professor at the university Sorbonne-Nouvelle in Paris. After a thesis in 1970 on the generation of prosodic parameters (pause, duration and fundamental frequency) from a syntactic analysis of the utterances for speech synthesis at the IBM Research Center, La Gaude (France), and the Centre d’études pour la Traduction Automatique, Grenoble, Jacqueline Vaissière joined the Speech Communication Group at MIT, directed by Ken Stevens, as a visiting scientist, where she acquired a specialization in acoustic phonetics. In 1975, she joined the Centre National d’Etudes des Télécommunications (France), where she worked for 15 years on automatic speech recognition and the automatization of directory services. When the speech processing community moved towards black-box models for recognition and synthesis, she chose to quick the field. In 1990 , she became a professor of phonetics at the University Sorbonne-Nouvelle and the director of Laboratoire de phonétique et de Phonologie (LPP), associated with the Centre National de la Recherche Scientifique (CNRS). She was the director of 125 masters and 34 doctoral theses, with students of different backgrounds (medical doctors, engineers, speech therapists, and linguists native of a large variety of languages). She has worked as a consultant at Bell Labs (USA), on the x-ray microbeam system and at Advanced Telecommunication Research (ATR, Japan), on English prosody. Since 2010, she has been the principal coordinator of the 10-year project « Laboratoire d’Excellence « Empirical Foundations of Linguistics ». She still gives university courses on segmental and suprasegmental cues from spectrograms in several languages. She is currently developing new methods and applications for acquiring or improving pronunciations, for children and university students, based on visualization of the relevant segmental and suprasegmental cues (Cleanaccent). She was awarded a CNRS silver medal in 2009, received the Légion d'Honneur, and was elected a Fellow of ISCA " for her pioneering works in clinical phonetics and her immense role at the interface between phonetics, phonology and speech engineering 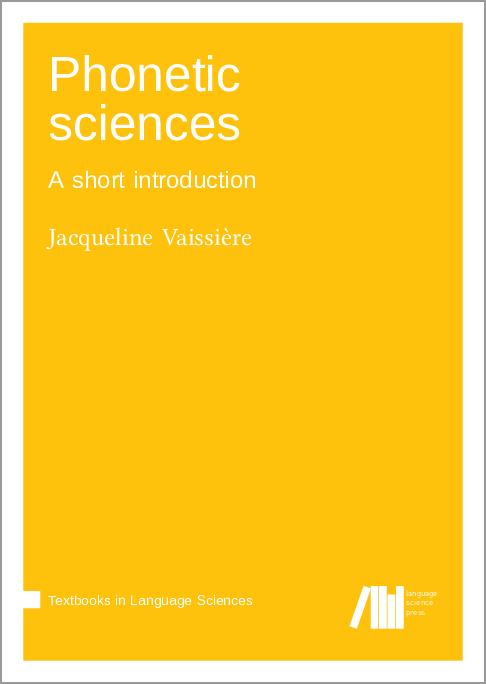