This volume explores morphosyntactic change in the Late Modern Swedish period from the 18th century and onwards. This period is interesting, for a number of reasons. This is when Swedish is established as a national standard language. New genres emerge, and the written language becomes more generally available to all speakers. We also sometimes find diverging developments in the different North Germanic languages, and some of the much-discussed differences between Danish, Norwegian and Swedish are established during this period. In addition, during the 19th and 20th centuries, the traditional dialects undergo more dramatic changes than ever. Yet, the Late Modern Swedish period has previously received fairly little attention in the syntactic literature. This volume aims to remedy this, with studies that cover several different grammatical domains, including case and verbal syntax, word order and agreement, and grammaticalization in the nominal domain. The study by Cecilia Falk investigates the possibility of promoting an indirect object to subject in a passive, that emerges during the period. A chapter by Fredrik Valdeson studies change in the use of ditransitive verbs, from a constructional perspective. Three chapters are concerned with word order change. The study by Ida Larsson and Björn Lundquist investigates the development of a strict word order in particle constructions. Adrian Sangfelt studies the possibility of having adverbials (and other constituents) between the separate verbal heads in complex VPs in the final stages of the shift from OV to VO order. Erik M. Petzell investigates embedded verb placement and agreement morphology in the Viskadalian dialect, which on the surface seems to contradict the Rich Agreement Hypothesis. Mikael Kalm discusses the emergence of different kinds of adverbial infinitival clauses in the standard written language compared to Övdalian. Finally, the study by Lars-Olof Delsing is concerned with a case of grammaticalization in the nominal domain, specifically the development of the gradable adjectives mycket ‘much’ and lite ‘little’ into quantifiers.

Ida Larsson is a professor of Scandinavian linguistics at Østfold University College. Her research interests include historical linguistics and language change, word order variation, verbal syntax, and heritage linguistics. In recent years, she has investigated the modern North Germanic dialects using experimental methods, and she was the project manager in the development of the Nordic Word Order Database at the University of Oslo. She has also studied stability and change in heritage varieties of Norwegian and Swedish spoken in North America. She is currently the director of the ELLA (Education, Literature, Language) programme at Østfold University College.

Erik M. Petzell works as a researcher and archivist at the Institute for Language and Folklore in Gothenburg, and is an associate professor of Scandinavian languages at Stockholm University. His research interests include historical linguistics, word order change, coordinate asymmetries, clitics, language contact, poetic language. In the past, his primary focus has been on Old and Early Modern Swedish. In recent years, his empirical orientation has shifted to the dialects of the Swedish southwest, and he is currently working with AI-aided cultivation of handwritten dialect texts from the 19th century. Petzell is one of the editors of Svenska landsmål och svenskt folkliv (‘Swedish dialects and folk traditions’). 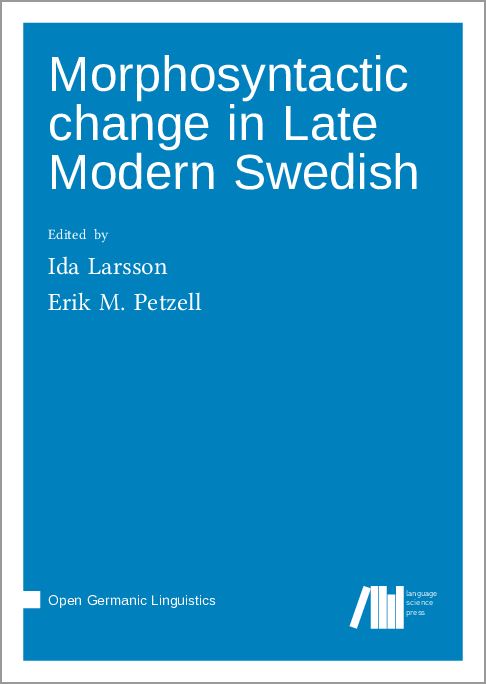