This book provides the first comprehensive grammatical description of Choguita Rarámuri, a Uto-Aztecan language spoken in the Sierra Tarahumara, a mountainous range in the northern Mexican state of Chihuahua belonging to the Sierra Madre Occidental. A documentary corpus developed between 2003 and 2018 with Choguita Rarámuri language experts informs the analysis and is the source of the examples presented in this grammar. The documentary corpus, which consists of over 200 hours of recordings of elicited data, narratives, conversations, interviews, and other speech genres, is available in two archival collections housed at the  Endangered Languages Archive  and at UC Berkeley’s Survey of California and Other Indian Languages.

Choguita Rarámuri is a highly synthetic, agglutinating language with a complex morphological system. It displays many of the recurrent structural features documented across Uto-Aztecan, including a predominance of suffixation, head-marking, and patterns of noun-incorporation and compounding (Sapir 1921; Whorf 1935; Haugen 2008b). Other features of typological and theoretical interest include a complex word prosodic system, a wide range of morphologically conditioned phonological processes, and patterns of variable affix order and multiple exponence. Choguita Rarámuri is also of great comparative/historical importance: while several analytical works of Uto-Aztecan languages of Northern Mexico have been produced in the last years (Guerrero Valenzuela 2006, García Salido 2014, Reyes Taboada 2014, Morales Moreno 2016, Villalpando Quiñonez 2019,  inter alia), many varieties still lack comprehensive linguistic description and documentation.

Choguita elder †Luz Elena León Ramírez was a master storyteller and an invaluable source of linguistic, cultural and historical knowledge. She contributed many narratives to the corpus, including procedural texts, historical narratives, descriptions of culturally relevant events in the community, and personal history from her childhood. She also collaborated in elicitation sessions and translating and annotating her own and other language experts' texts.

Bertha Fuentes Loya has authored narratives, and has contributed to the corpus as a consultant for elicitation sessions and has collaborated in the annotation of texts recorded with other language experts. She has shared her expertise about variation between Choguita Rarámuri and neighboring Rarámuri varieties. She is also an expert seamstress and authored several narratives and procedural texts about her art

Sebastián Fuentes Holguín is a passionate advocate for the language and one of the main leaders of the community-based initiative to document the cultural, historical and linguistic heritage of Choguita. He has authored several monologic narratives and ceremonial speeches and has participated as consultant and teacher in elicitation sessions.

Gabriela Caballero received her BA in Linguistics from Universidad de Sonora (Mexico) and her PhD in Linguistics from UC Berkeley. Her research focuses on the description and documentation of Indigenous languages of the Americas (especially Uto-Aztecan languages) and the nature of intra-linguistic and cross-linguistic variation in morphology and phonology. Current work focuses on the tonal and morphosyntactic properties of San Juan Piñas Mixtec (Tò’ōⁿ Ndā’ví; Oto-Manguean). She is especially interested in linguistic description and collaborative language documentation projects whose products serve both academic linguists and Indigenous communities. Her work has been published in the International Journal of American Linguistics, Morphology, Linguistic Typology, and Language Documentation and Conservation. 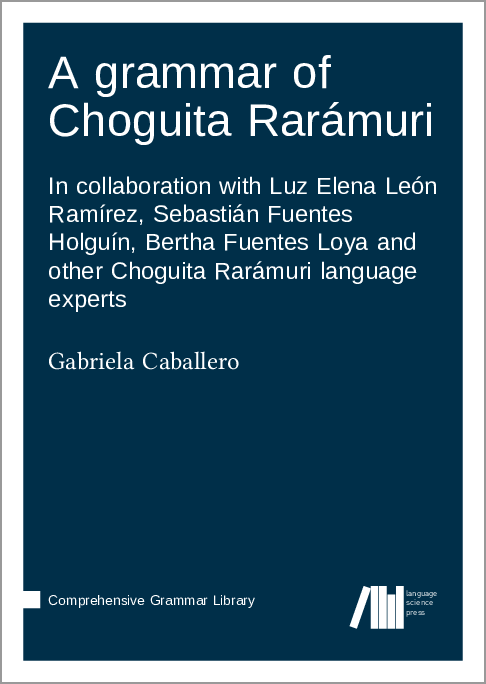