Forthcoming: The size of things I: Structure building

This book focuses on the role size plays in grammar. Under the umbrella term size fall the size of syntactic projections, the size of feature content, and the size of reference sets. The contributions in this first volume discuss size and structure building.

The book is complemented by Volume II which discusses size effects in movement, agreement, and interpretation.

Sabine Laszakovits is a computational linguist at the Austrian Academy of Sciences in Vienna. Her research interests are in theoretical and computational syntax and in digital humanities. She has worked on case theory, impersonal passives, relative clauses, and wh-words, and she develops statistical models for German.

Zheng Shen is an Assistant Professor in Linguistics at National University of Singapore. His primary research topics are theoretical and experimental syntax across languages. He has worked on Right Node Raising, multi-dominance, agreement, ellipsis. His work has been published in Natural Language and Linguistic Theory and Glossa. 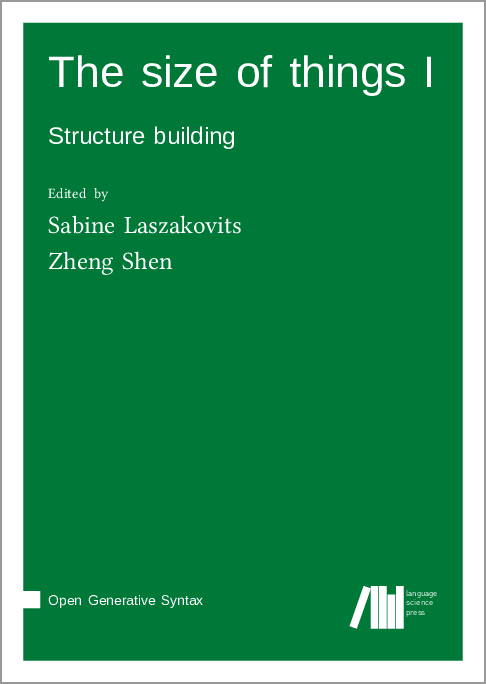