Forthcoming: Paradigms regained: Theoretical and empirical arguments for the reassessment of the notion of paradigm

The volume discusses the breadth of applications for an extended notion of paradigm. Paradigms in this sense are not only tools of morphological description but constitute the inherent structure of grammar. Grammatical paradigms are structural sets forming holistic, semiotic structures with an informational value of their own. We argue that as such, paradigms are a part of speaker knowledge and provide necessary structuring for grammaticalization processes. The papers discuss theoretical as well as conceptual questions and explore different domains of grammatical phenomena, ranging from grammaticalization, morphology, and cognitive semantics to modality, aiming to illustrate what the concept of grammatical paradigms can and cannot (yet) explain.

Katja Politt is a postdoc at Leibniz Universität Hannover, where she also completed her PhD (2021). She studied German and English linguistics (M.A.) and teacher training for German and English (M.Ed.) at Westfälische Wilhelms-Universität Münster. Her main areas of research are grammatical categories and paradigms, categorization, and verbal constructions. 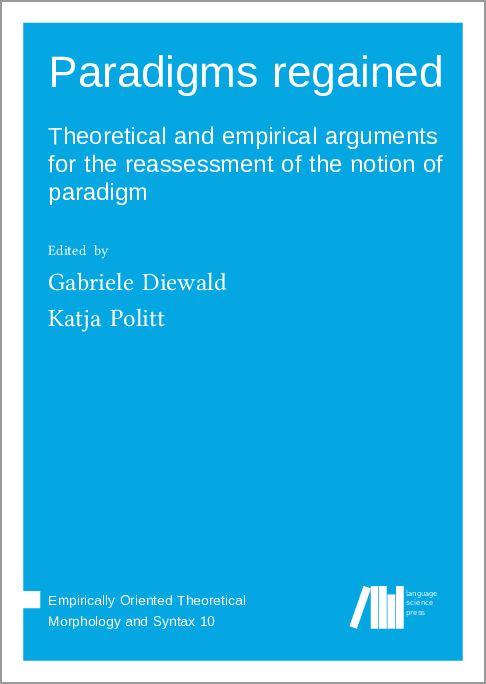