Information structure is a relatively new field to linguistics and has only recently been studied for smaller and less described languages. This book is the first of its kind that brings together contributions on information structure in Austronesian languages. Current approaches from formal semantics, discourse studies, and intonational phonology are brought together with language specific and cross-linguistic expertise of Austronesian languages. The 13 chapters in this volume cover all subgroups of the large Austronesian family, including Formosan, Central Malayo-Polynesian, South Halmahera-West New Guinea, and Oceanic. The major focus, though, lies on Western Malayo-Polynesian languages. Some chapters investigate two of the largest languages in the region (Tagalog and different varieties of Malay), others study information-structural phenomena in small, underdescribed languages. The three overarching topics that are covered in this book are NP marking and reference tracking devices, syntactic structures and information-structural categories, and the interaction of information structure and prosody. Various data types build the basis for the different studies compiled in this book. Some chapters investigate written texts, such as modern novels (cf. Djenar’s chapter on modern, standard Indonesian), or compare different text genres, such as, for example, oral narratives and translations of biblical narratives (cf. De Busser’s chapter on Bunun). Most contributions, however, study natural spoken speech and make use of spoken corpora which have been compiled by the authors themselves. The volume comprises a number of different methods and theoretical frameworks. Two chapters make use of the Question Under Discussion approach, developed in formal semantics (cf. the chapters by Latrouite & Riester; Shiohara & Riester). Riesberg et al. apply the recently developed method of Rapid Prosody Transcription (RPT) to investigate native speakers’ perception of prosodic prominences and boundaries in Papuan Malay. Other papers discuss theoretical consequences of their findings. Thus, for example, Himmelmann takes apart the most widespread framework for intonational phonology (ToBI) and argues that the analysis of Indonesian languages requires much simpler assumptions than the ones underlying the standard model. Arka & Sedeng ask the question how fine-grained information structure space should be conceptualized and modelled, e.g. in LFG. Schnell argues that elements that could be analysed as “topic” and “focus” categories, should better be described in terms of ‘packaging’ and do not necessarily reflect any pragmatic roles in the first place.

Sonja Riesberg is a post-doctoral research fellow at the University of Cologne and at the Centre of Excellence for the Dynamics of Language at the Australian National University. Her PhD dissertation is a thorough study of the voice systems of four Austronesian languages (Totoli, Balinese, Indonesian, and Tagalog) and the theoretical challenges that these systems impose on syntactic theories. Her recent work on western Austronesian focuses on prominence related structures in prosody and morphosyntax. Since 2012 she has also done extensive field work on Yali (Trans-New Guinea) and has been strongly involved in language documentation and capacity building measures in West Papua.

Asako Shiohara is an associate professor at the Research Institute for Languages and Cultures of Asia and Africa, Tokyo University of Foreign Studies. She has been working on indigenous languages spoken in Indonesia, such as Balinese, Sumbawa, Helong and Kui, as well as standard Indonesian and regional Malay varieties. In addition to describing the grammars based on her fieldwork, she is establishing a collaborative network to document minority language with local research institutes and language communities in Eastern Indonesia.

Atsuko Utsumi is a professor at Meisei University in Tokyo, Japan. She studied at Tokyo University and received a PhD in Letters in 2005, with a description of the Bantik language, which belongs to the Sangric micro-group of North Sulawesi. She has described Talaud, the other Sangiric language, and Tonsawang, which is one of the Minahasan languages. She also works on Standard Indonesian as well as colloquial Malay varieties in Indonesia. Her work on minority languages covers the areas of phonetics, morphology, syntax, semantics, and discourse analysis, that on Malay varieties mainly focuses on discourse analysis. 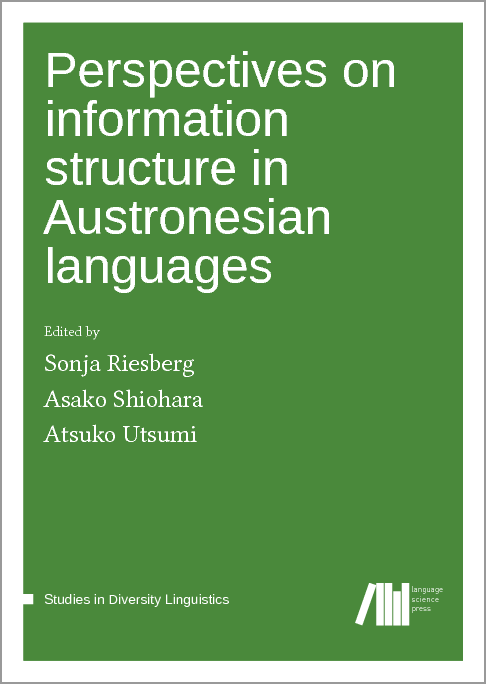