René de Saussure and the theory of word formation

This volume presents two works elaborating a general theory of words and their structure written by René de Saussure, younger brother of Ferdinand de Saussure. Although originating in René de Saussure's concerns for the structure of Esperanto, these essays are clearly intended to articulate a general account of word formation in natural language. They appear here in the French original with facing English translations, accompanied by some remarks on René de Saussure's life and followed by essays on the Esperantist background of his analysis (by Marc van Oostendorp), the contemporary relevance of his morphological theory (by Stephen Anderson), and the semantic theory of words underlying his analysis (by Louis de Saussure). These two works have remained essentially unknown to the community of scholars in general linguistics since their publication in 1911 and 1919, respectively, although Esperantists have been aware of them. They develop in quite explicit form a theory of what would later be called morphemic analysis, based primarily on data from French (with some material from German and English, as well as occasional examples from other Indo-European languages). In its fundamental aspect, René's view of word formation differed significantly from that of his brother, who saw the structure of complex words as revealed not through their decomposition into smaller "atomic" units but rather in the relations between words, relations which could be presented in analogical form and which anticipate rule-based theories of morphological structure. The contrast between the two brothers' views thus anticipates basic issues in current theorizing about word structure.

Stephen Anderson is the Dorothy R. Diebold Professor of Linguistics, Emeritus, since his retirement in 2017. After completing his PhD at MIT in 1969, he taught in the Linguistics Departments at Harvard and UCLA before moving to The Johns Hopkins University in 1988 as a co-founder of one of the first Departments of Cognitive Science. In 1994, he came to Yale as Chair of the Linguistics Department, where he spent the remainder of his career until retirement. His research involves most of the major areas of general linguistics, but focused initially on phonology and later on morphological theory, as well as on the history of the field and the analysis of a variety of languages. Most recently he has worked on the biology of the Language Faculty, including its evolution and the relation between human language and animal communication. Among his books are Phonology in the twentieth century (Chicago, 1983), A-Morphous Morphology (Oxford, 1992) and Doctor Dolittle's delusion (Yale, 2004). He was President of the Linguistic Society of America in 2007, and is a Fellow of that Society as well as the American Academy of Arts & Sciences and the American Association for the Advancement of Science.

Louis de Saussure is Professor of linguistics at the University of Neuchâtel in Switzerland. After completing a PhD in French linguistics at the University of Geneva, he taught at the Philosophy Department of the University of Texas at Austin and pursued his research at University College London before returning to Switzerland. Other institutions where he has taught include the École des Hautes Études en Sciences Sociales in Paris, and in Switzerland, the Universities of Lugano, Fribourg and Geneva. His research focuses on the semantics-pragmatics interface and revolves around the topics of tenses, aspect, modality, presupposition accommodation, cognitive biases and persuasion in discourse. More recently, he has turned to emotion in language and the cognitive pragmatics of literature. He was President of the Swiss Society of Linguistics from 2014 to 2017. He co-directs a book series at Oxford University Press on the topic of time in language and thought. 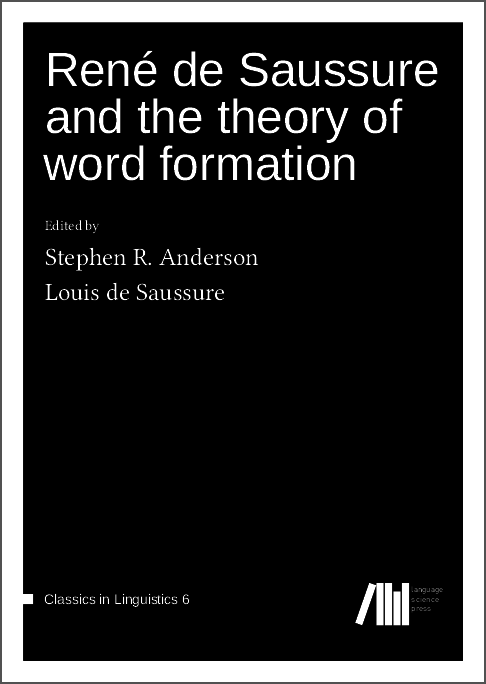