The languages of Malta

The purpose of this volume is to present a snapshot of the state of the art of research on the languages of the Maltese islands, which include spoken Maltese, Maltese English and Maltese Sign Language.

Malta is a tiny, but densely populated country, with over 422,000 inhabitants spread over only 316 square kilometers. It is a bilingual country, with Maltese and English enjoying the status of official languages. Maltese is a descendant of Arabic, but due to the history of the island, it has borrowed extensively from Sicilian, Italian and English. Furthermore, local dialects still coexist alongside the official standard language. The status of English as a second language dates back to British colonial rule, and just as in other former British colonies, a characteristic Maltese variety of English has developed. To these languages must be added Maltese Sign Language, which is the language of the Maltese Deaf community. This was recently recognised as Malta’s third official language by an act of Parliament in 2016.

While a volume such as the present one can hardly do justice to all aspects of a diverse and complex linguistic situation, even in a small community like that of Malta, our aim in editing this book was to shed light on the main strands of research being undertaken in the Maltese linguistic context.

Six of the contributions in this book focus on Maltese and explore a broad range of topics including: historical changes in the Maltese sound system; syllabification strategies; the interaction of prosody and gesture; the constraints regulating /t/-insertion; the productivity of derivational suffixes; and raising phenomena. The study of Maltese English, especially with the purpose of establishing the defining characteristics of this variety of English, is a relatively new area of research. Three of the papers in this volume deal with Maltese English, which is explored from the different perspectives of rhythm, the syntax of nominal phrases, and lexical choice. The last contribution discusses the way in which Maltese Sign Language (LSM) has evolved alongside developments in LSM research.

In summary, we believe the present volume has the potential to present a unique snapshot of a complex linguistic situation in a geographically restricted area. Given the nature and range of topics proposed, the volume will likely be of interest to researchers in both theoretical and comparative linguistics, as well as those working with experimental and corpus-based methodologies. Our hope is that the studies presented here will also serve to pave the way for further research on the languages of Malta, encouraging researchers to also take new directions, including the exploration of variation and sociolinguistic factors which, while often raised as explanatory constructs in the papers presented here, remain under-researched.

Patrizia Paggio (1959) is Associate professor at the University of Malta and Senior Researcher at the University of Copenhagen. She holds a PhD in computational linguistics. Her research spans many areas of linguistics and language technology, such as formal grammar, machine translation, grammar checking, and content-based querying. Her current research interests fall in the area of multimodal communication and the development of multimodal corpora; in particular she is interested in empirically-based analyses of the way in which speech and gestural behaviour interact. She is the author of over 80 publications on a wide range of topics.

Albert Gatt (1979) is Senior Lecturer at the University of Malta and Research Associate at the Tilburg Centre for Cognition and Communication, Tilburg University, the Netherlands. He holds a PhD in computational linguistics. His primary interest is in systems for automatic text generation from non-linguistic data, as well as in the psycholinguistics of human language production. He is also interested in computational, corpus-based and psycholinguistic approaches to morphology. Much of his current research focuses on the interface between vision and language. He has authored over 85 publications. 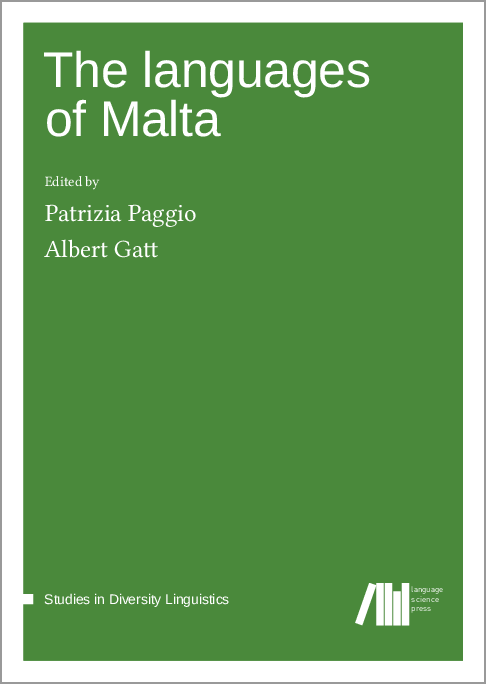