While there are languages that code a particular grammatical role (e.g. subject or direct object) in one and the same way across the board, many more languages code the same grammatical roles differentially. The variables which condition the differential argument marking (or DAM) pertain to various properties of the NP (such as animacy or definiteness) or to event semantics or various properties of the clause. While the main line of current research on DAM is mainly synchronic the volume tackles the diachronic perspective. The tenet is that the emergence and the development of differential marking systems provide a different kind of evidence for the understanding of the phenomenon. The present volume consists of 18 chapters and primarily brings together diachronic case studies on particular languages or language groups including e.g. Finno-Ugric, Sino-Tibetan and Japonic languages. The volume also includes a position paper, which provides an overview of the typology of different subtypes of DAM systems, a chapter on computer simulation of the emergence of DAM and a chapter devoted to the cross-linguistic effects of referential hierarchies on DAM.

Ilja A. Seržant is a postdoctoral researcher in linguistics at Leipzig University. He holds a PhD in both General Linguistics and Historical-Comparative Indo-European linguistics. He worked on DAM within his project The Diachronic Typology of Differential Argument Marking at University of Konstanz (2013-2015).

Alena Witzlack-Makarevich is an assistant professor at the Department of General Linguistics of Kiel University. Her PhD thesis on The typological variations of grammatical relations treated the phenomenon of DAM from the comparative perspective and elaborated a set of variables required to capture the variation of DAM systems cross-linguistically. She co-authored a nuber of papers on various aspects of DAM both within case marking and within agreement. 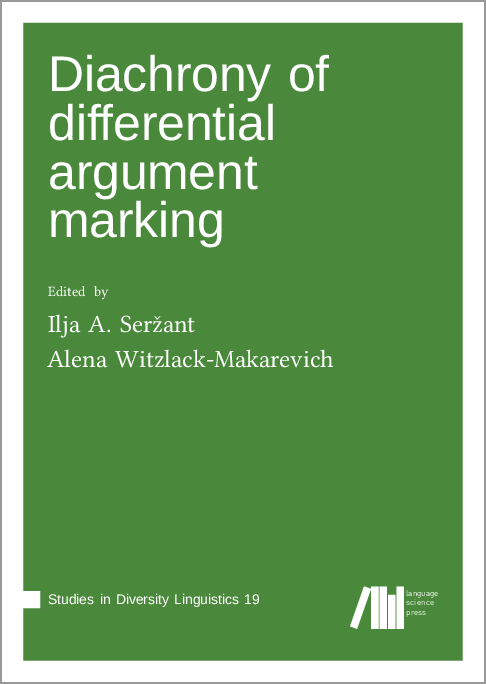