Order and structure in syntax I: Word order and syntactic structure

This book reconsiders the role of order and structure in syntax, focusing on fundamental issues such as word order and grammatical functions. The first group of papers in the collection asks what word order can tell us about syntactic structure, using evidence from V2, object shift, word order gaps and different kinds of movement. The second group of papers all address the issue of subjecthood in some way, and examine how certain subject properties vary across languages: expression of subjects, expletive subjects, quirky and locative subjects. All of the papers address in some way the tension between modelling what can vary across languages whilst improving our understanding of what might be universal to human language.

This book is complemented by Order and structure in syntax II: Subjecthood and argument structure

Laura Bailey is a Lecturer in English Language and Linguistics at the University of Kent. She specialises in cross-linguistic and comparative syntax with a special interest in the left periphery, Latin word order, and non-standard English syntax. She also maintains a blog about language at http://linguistlaura.blogspot.co.uk.

Michelle Sheehan is a Reader in Linguistics at Anglia Ruskin University. She specialises in comparative and theoretical syntax with a particular focus on Romance languages. She is co-author of Parametric Variation (2010, CUP) and The Philosophy of Universal Grammar (2013, OUP), and co-editor of Theoretical Approaches to Disharmonic Word Order (2013, OUP). 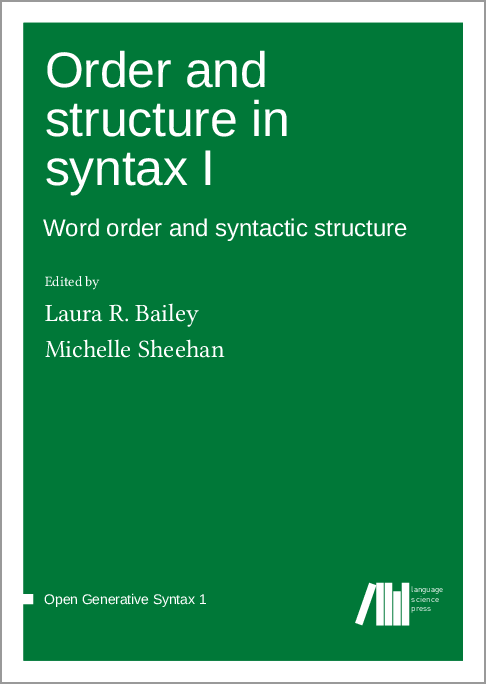