The Alor-Pantar family constitutes the westernmost outlier group of Papuan (Non-Austronesian) languages. Its twenty or so languages are spoken on the islands of Alor and Pantar, located just north of Timor, in eastern Indonesia. Together with the Papuan languages of Timor, they make up the Timor-Alor-Pantar family. The languages average 5,000 speakers and are
under pressure from the local Malay variety as well as the national language, Indonesian.

This volume studies the internal and external linguistic history of this
interesting group, and showcases some of its unique typological features, such as the preference to index the transitive patient-like argument on the verb but not the agent-like one; the extreme variety in morphological alignment patterns; the use of plural number words; the existence of quinary numeral systems; the elaborate spatial deictic systems involving an elevation component; and the great variation exhibited in their kinship systems.

Unlike many other Papuan languages, Alor-Pantar languages do not exhibit clause-chaining, do not have switch reference systems, never suffix subject indexes to verbs, do not mark gender, but do encode clusivity in their pronominal systems. Indeed, apart from a broadly similar head-final syntactic profile, there is little else that the Alor-Pantar languages share with Papuan languages spoken in other regions. While all of them show some traces of contact with Austronesian languages, in general, borrowing from Austronesian has not been intense, and contact with Malay and Indonesian is a relatively recent phenomenon in most of the Alor-Pantar region.

This is the second edition of the volume that was originally published in 2014, as one of the first open access publications of Language Science Press. In less than three years, the first edition had more than 10,000 downloads, many of which in Indonesia, and downloads are still increasing. To us this demonstrates how important it is to use use free open access to enable both scientists and speakers of local languages in Indonesia to read this work.

In this second edition, typographical errors have been corrected, some small textual improvements have been implemented, broken URL links repaired or removed, and maps and references updated. The overall content of the chapters has not been changed.

Marian Klamer (1965) is Professor of Austronesian and Papuan Linguistics at Leiden University. Over the last two decades she has lead research projects describing and documenting Austronesian and Papuan minority languages in Eastern Indonesia; comparing their typological characteristics; and reconstructing their history. Her publications include grammars on Kambera (1998), Teiwa (2010), and Alorese (2011), as well as several edited volumes, and over fifty articles on a wide range of topics. Klamer is currently leading the NWO-VICI project "Reconstructing the past through languages of the present: the Lesser Sunda Islands" (2014-2019). 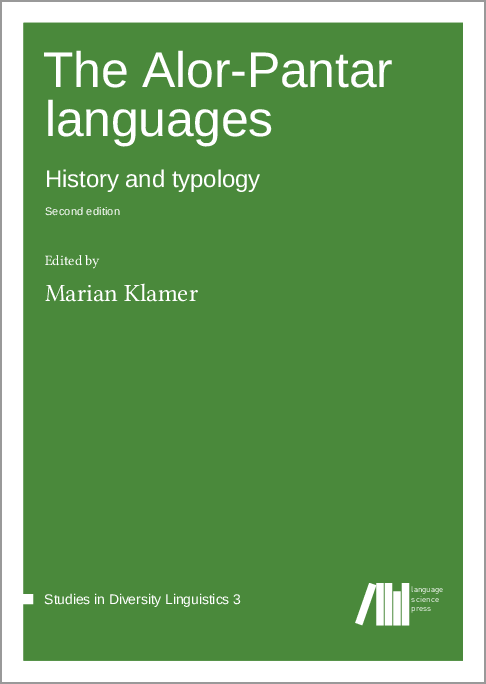