What is semantic transparency, why is it important, and which factors play a role in its assessment? This work approaches these questions by investigating English compound nouns. The first part of the book gives an overview of semantic transparency in the analysis of compound nouns, discussing its role in models of morphological processing and differentiating it from related notions. After a chapter on the semantic analysis of complex nominals, it closes with a chapter on previous attempts to model semantic transparency. The second part introduces new empirical work on semantic transparency, introducing two different sets of statistical models for compound transparency. In particular, two semantic factors were explored: the semantic relations holding between compound constituents and the role of different readings of the constituents and the whole compound, operationalized in terms of meaning shifts and in terms of the distribution of specifc readings across constituent families.
All semantic annotations used in the book are freely available.

After his psycholinguistic M.A. thesis on the homophonous particle 'de' in Mandarin Chinese, he received his PhD for a dissertation on the semantics and the positioning of German adverbial adjectives. Currently, his focus is on English compound nouns. In particular, he is interested in their semantic interpretation.

He has a broad teaching experience in German and English linguistics, covering theoretical as well as psycho- and corpuslinguistic issues. 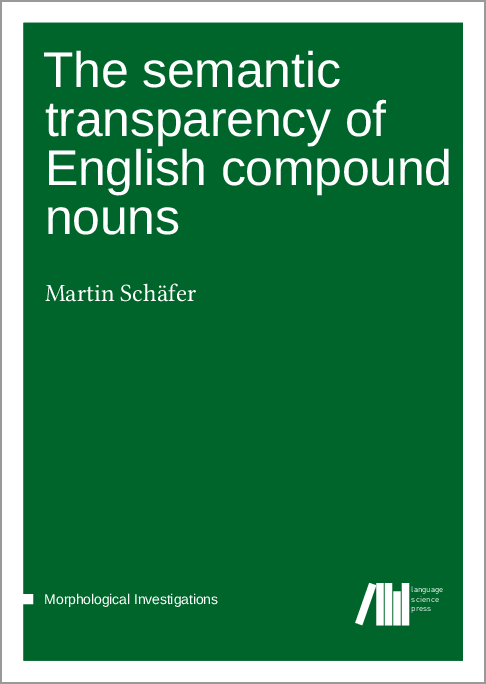